Royal Columbian is undergoing one of the most ambitious hospital redevelopments in Canadian history. The $1.49 billion project represents an unprecedented opportunity – and challenge – to elevate critical care at a hospital that serves one-third of BC’s population. With construction set to be complete in 2025, the Acute Care Tower is the crown jewel of the project. 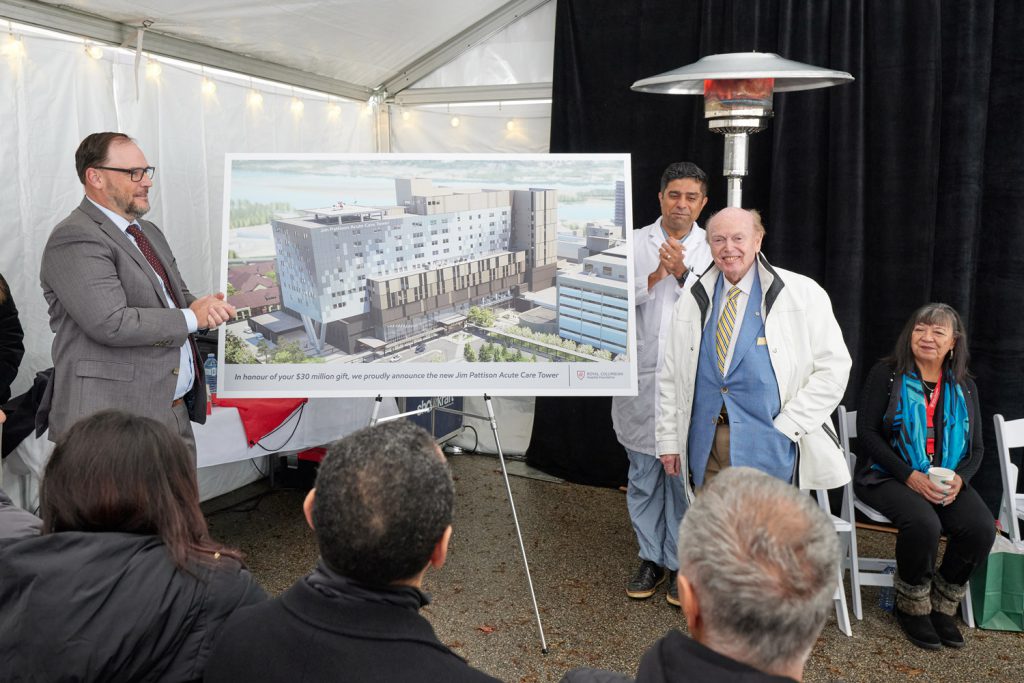 “We want to express our sincere gratitude to Jim Pattison for this historical donation. Royal Columbian Hospital serves BC’s biggest health region and this gift, the largest in our region’s history, will ensure we can provide exceptional care to the patients who rely on the Columbian. Upon completion, the Acute Care Tower will further elevate the lifesaving care Royal Columbian Hospital already delivers to patients across the province,” says Jeff Norris, CEO, Royal Columbian Hospital Foundation. “Major improvements are being made in service to an even larger vision: ensuring uncompromising care to every single person who needs it. The generosity of Jim Pattison—and all the donors who have answered our call—serves as a source of inspiration for others to help us achieve this vision.”

“We are honoured to join the thousands of other donors who have already stepped up to show their support to ensure that its legacy of exceptional care in our province is sustainable for future generations,” shares Jim Pattison.

As the regional referral hospital for cardiac, trauma, neurosciences, high-risk maternity and neonatal intensive care, Royal Columbian provides the highest level of care to some of the most critically ill and injured patients throughout the province. No other hospital in British Columbia provides all these services, at this level of care, on one site.

Building on Royal Columbian’s legacy, the new Acute Care Tower will include an interventional super floor featuring operating rooms and suites for interventional radiology and cardiology, a new Emergency Department with its own imaging unit, and new larger maternity, pediatric, and neonatal intensive care units, as well as multiple floors for acute and critical care patients. With almost double the current footprint, the redevelopment will increase the capacity of Royal Columbian by approximately 50 percent to 675 beds.

Patients, physicians, nurses, and the entire hospital family will benefit significantly from the updated Acute Care Tower. In addition to a larger footprint, the new tower will feature substantial upgrades in cutting-edge technologies, so healthcare teams can continue to respond to the needs of patients in their most urgent, life-altering moments and deliver the best possible outcomes. The upgrades will include the introduction of innovative, robot-assisted surgery and state-of-the art imaging technology that allows for absolute precision. 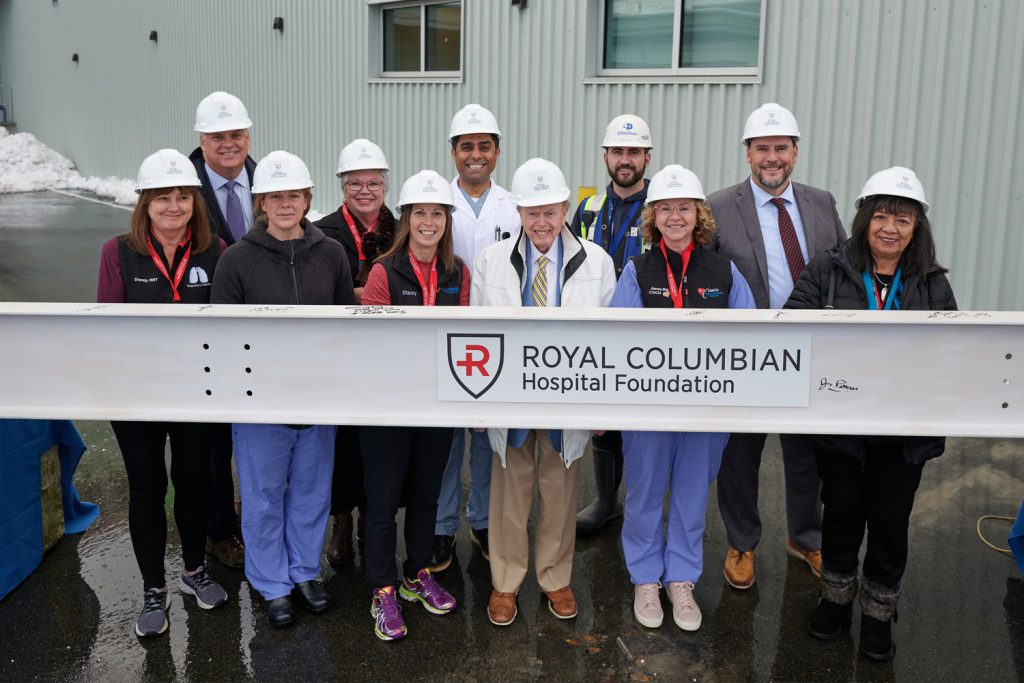 “Over the past 160 years, Royal Columbian has always been there to treat patients in their most critical moments,” says Dr. Ken Atkinson, Royal Columbian Hospital, Site Medical Director. “The new Acute Care Tower will transform patient care and outcomes in this province, thanks in large part to Jim Pattison and the thousands of other donors who have contributed to help ensure this vision for the future becomes a reality for generations to come.”

From the beginning, Royal Columbian has stood at the heart of health care in British Columbia. This redevelopment goes beyond just evolving the hospital. It is a once-in-a-lifetime opportunity to ensure that clinicians and frontline healthcare providers have both the facilities and the innovative technology to offer optimal patient care for decades to come. Because people are the lifeblood of BC, and Royal Columbian exists to serve them all.

As BC’s leading critical care hospital, one in three British Columbians rely on Royal Columbian Hospital. We are the only hospital in BC with trauma, cardiac, neurosciences, high-risk maternity and neonatal intensive care on one site. We look after some of the most seriously ill and injured patients in the province.

Jim Pattison is a Canadian business icon and transformational philanthropist. From one auto dealership in 1961, the Jim Pattison Group has grown to be the second largest privately-held company in Canada, with more than 51,000 employees worldwide, and annual sales of $12.7 billion. Jim Pattison is the chairman, CEO, and sole owner of the company.

Pattison is recognised as one of the most generous philanthropists in Canada. Jim Pattison’s generosity and support of healthcare is unsurpassed–no other donor has given more to healthcare in British Columbia. Pattison was appointed to the Order of Canada (1987) and the Order of British Columbia (1990), and received the Governor General’s Commemorative Medal for the 125th Anniversary in Canada.