In Memory of Peter Early

Brian & Dorothy Beckett
$200
Peter, may you rest in peace. You have been a very special lifelong friend. We will miss you, but never forget you. Love you. From Brian and Dorothy.
Anonymous
$100
Edmonton
B. Jane & Danny Vaughn
$100
Saskatoon
A tribute to so many years of shared Emma Lake memories. We will miss him but his legacy lives on at Sunset Bay.
CANADIAN FORENSIC NURSES ASSOCIATION
$100
Calgary
Peter's life is meant to be memorialized and the CFNA is honoured to have the opportunity to do so. Our deepest thanks to our colleagues for their kindness, wisdom and expertise.
Heather Campbell
$100
Toronto
In honour of my brother-in-law, one of the warmest, kindest people I have ever met. I will always remember him with love.
Judy Ostrander
$50
Saskatoon
I honour of our dear friend Peter Early
Jackie and Lale
$50
South Hadley
In memory at Christmas.
Len Early
private
North York
In loving memory: so grateful for the times we shared.
Fran Morrison
private
Surrey
Rest in Peace Peter. Well loved and sorely missed.
James Benson
private
Prince Albert
Peter's life was a gift for all of us, especially his many summers at Emma lake.
The Peter Early Family
private
Thank you RCH Cardiac Services for allowing our family to have Peter with us for an extra 12 years and 3 months.
Christine Burke
private
Vancouver
Much love to all the Early’s. This is a very fitting donation, I am sure Pete would approve. Emma Lake will definitely not be the same without him.
Gord von Muehldorfer
private
Calgary
Deepest Condolences to the Early Family. I did not know Peter, but have heard many nice stories from my good friend and colleague Lisa about her father, especially about Emma Lake.
May & Don Bahr
private
Saskatoon
Anonymous
private
New Westminster
Load More Show Less

In Loving Memory of Peter Early 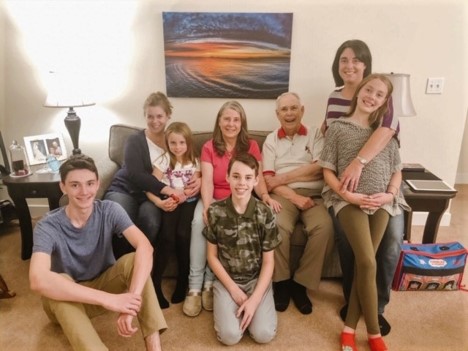 Peter Early was born August 28, 1944 in Saskatoon, Sask . His parents were W. Edward and Irene Early. Peter died at age 75 in the early morning of Christmas Eve, 2019 with his wife of 54 years, Sheila, at his side. Peter had a longstanding cardiac history dating back to age 21 when he was diagnosed with aortic stenosis. In 1991 he received a mechanical aortic valve and continued on with his life. In 2007 he suffered a cardiac arrest at his beloved cabin at Emma Lake, Sask. Resuscitated by his wife and daughter Lisa initially, then with physician and paramedic assistance he survived to have an AICD implanted at Vancouver General by Dr. S. Tung. The last 6 years of his life were challenging with ablations and other medical setbacks. He had admissions to RCH on several units mostly 2N and 2S.
Peter dearly loved his wife Sheila and their two daughters Lisa and Lindy, their husbands Patrick and Scott and his very special grandchildren Matthew, Daniel, Emma and Keira. His brother Leonard had a special place in his heart and Len once said that Peter was the best big brother anyone could ever want.
His beloved cabin at Emma Lake was his special happy place and he spent every summer of his life there except one (2012) when he was too ill to travel. He had a sense of humor which could make you laugh when you least expected it, was kind and considerate of all people he met, friends, colleagues, and of course health care professionals.
As his wife, I consider him the bravest man I have ever met in so many ways. He endured so much for the sake of his family and we are so grateful for every day we had with him. He lives on in his grandchildren and especially in their memories of the good times spent with him in the last 16 years.
It is our pleasure to support RCH Foundation with donations to Cardiac Services in Peter’s memory.
Obituary:https://www.dignitymemorial.com/obituaries/surrey-bc/peter-early-8976154 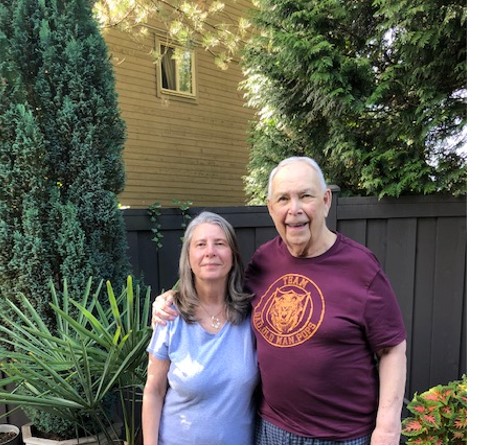