As Melanie Bodhi, 24-weeks pregnant, headed to a doctor’s appointment in Prince George in the spring of 2017, she had no way of knowing the whirlwind she and her husband would soon face. Less than 24 hours later, she was at Royal Columbian Hospital, flown in from her northern BC community amid increasing concerns she would need to deliver very prematurely.

“We kind of had a complicated pregnancy from the start,” says Melanie, who learned she had a bicornuate uterus, which is a condition that can cause premature labour as well as other complications.

In her 23rd week, the medical team in Prince George ran tests for preeclampsia, a complication in a small number of pregnancies that causes high blood pressure and can be life-threatening to both mother and baby. Melanie exhibited some of the telltale signs: migraine, blurred vision and protein in the urine.

Still, she and husband David Landrey didn’t expect they would soon be on a flight to Royal Columbian. The two left work Friday afternoon to get to an appointment with their obstetrician. Their plans soon took a sudden and unexpected turn.

“Mel didn’t get to go home after work to grab things or get changed out of her work clothes,” recalls David. “She just ended up in the hospital right away for monitoring, and they didn’t like what they saw.”

Melanie stayed overnight in the Prince George hospital before being transported to Royal Columbian the next day. As one of the province’s four Level 3 neonatal intensive care centres, Royal Columbian is trained and equipped to care for newborns as premature as 23 weeks and weighing fewer than 400 grams.

“We were really lucky, I think, to go to Royal Columbian, because the staff there were so amazing and supportive,” says Melanie, who was initially monitored by the hospital’s maternity unit for a week. Then, at 25 weeks and six days into the pregnancy, Felicity was delivered. She weighed 550 grams. 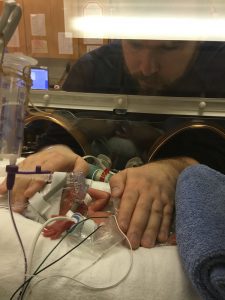 Queenie Lai, manager of the hospital’s Variety Neonatal Intensive Care Unit, says her team is very attuned to the needs of the family as well as the newborn. And they recognize how those who are far from home face added stress.

“You have a baby in the intensive care unit, and it’s not in your own hometown,” Queenie notes. “It is a traumatic experience, and it’s very difficult.”

Donors to Royal Columbian Hospital Foundation help provide some relief for families who face unexpected expenses including accommodation, food, and travel. Melanie and David say the generosity of friends and loved ones helped them stay focused on their daughter’s care.

The neonatal team makes it a priority to keep parents very involved.

“They do a lot of explanation to parents and also explain the baby’s condition,” says Queenie. “We will instruct them how to touch the baby. They can do skin-to-skin contact. Parents can take the temperature and change diapers. We encourage parents to be involved as much as possible.” 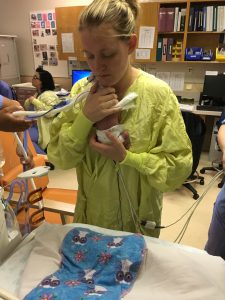 Felicity was at Royal Columbian for 103 days before being transferred to Prince George’s NICU for a further two and a half weeks. Her parents had some terrifying moments, including early on when Felicity became septic. She also stayed on ventilation for close to two months. But gradually, Felicity grew stronger.

“The biggest step forward for me was when she moved from the incubator into a crib,” recalls David. “We could start putting her in clothes and feel like we’re more normal parents.”

Back in Prince George, the family recalls fondly the many people who were involved in their care at Royal Columbian.

“They were just incredibly supportive,” says Melanie. “Having primary nurses was unbelievable. Having a nurse that you know and who knows your baby was just amazing.” 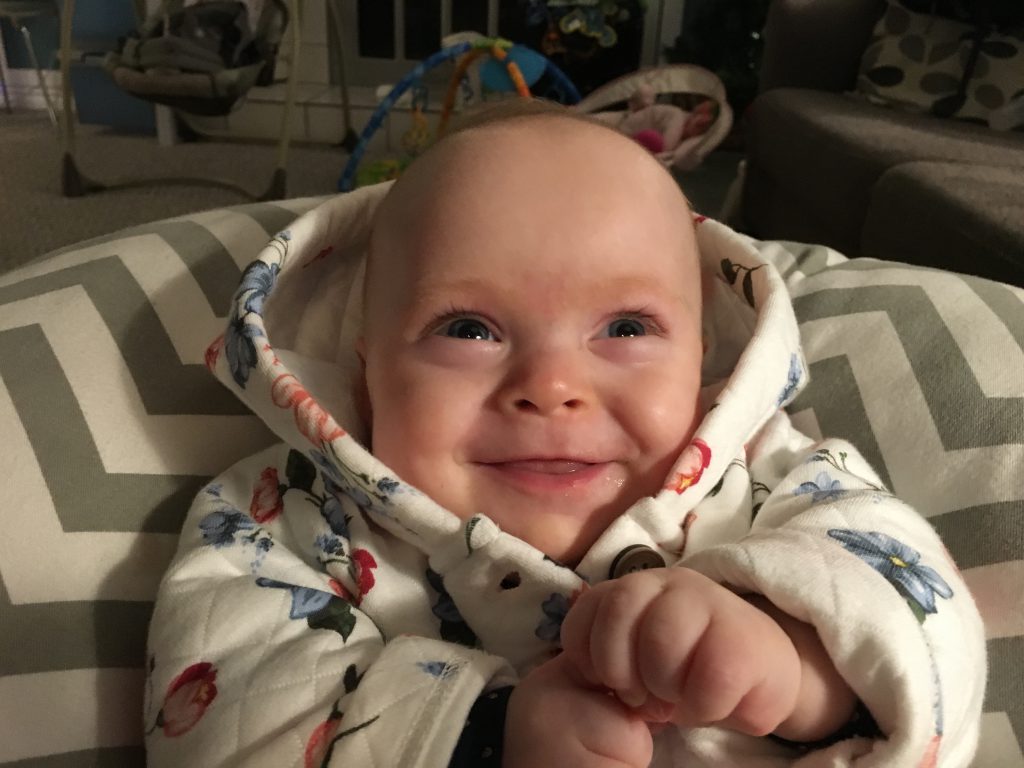